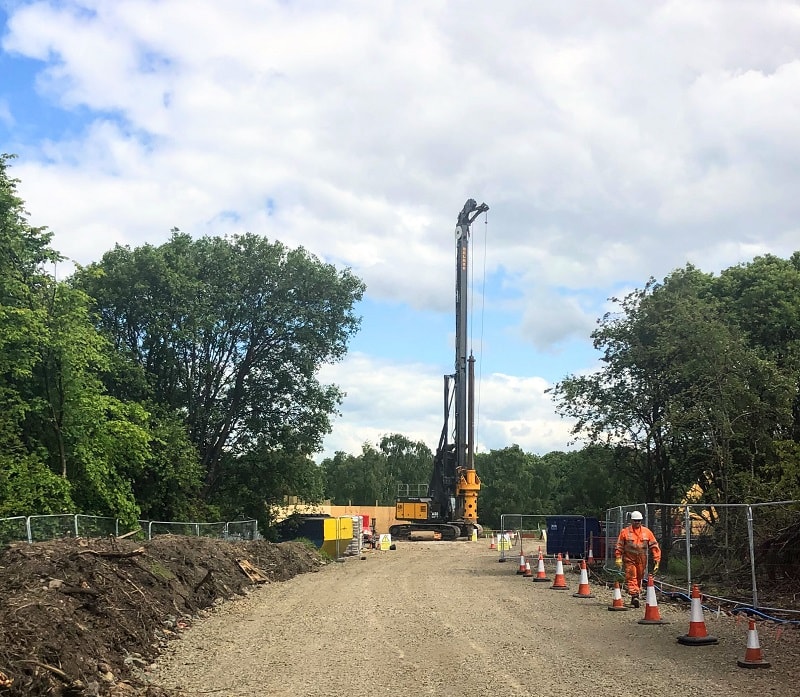 Over the years we've been involved with a variety of projects serving the sustainable energy market.  In the main these have been for windfarms, both on and offshore, however we have also turned our hand to geothermal borehole drilling.

In the summer of 2019, we were called upon by BAM-Ritchies to supply a Delmag RH28 drilling rig for use at a site in Rutherglen, Glasgow. The rig was equipped with a BT280 Rotary Head, 33m 3-stage Kelly bar and various segmental casing and tools.  Once on site it undertook a series of test boreholes  for the UK Geoenergy Observatory in Glasgow, which was being delivered by the British Geological Survey on behalf of the Natural Research Environment Council.  At the research site, scientists wanted to investigate the viability of using geothermal energy from shallow mine workings as a sustainable source of energy.

You can read the full case study here on our Case Studies page.